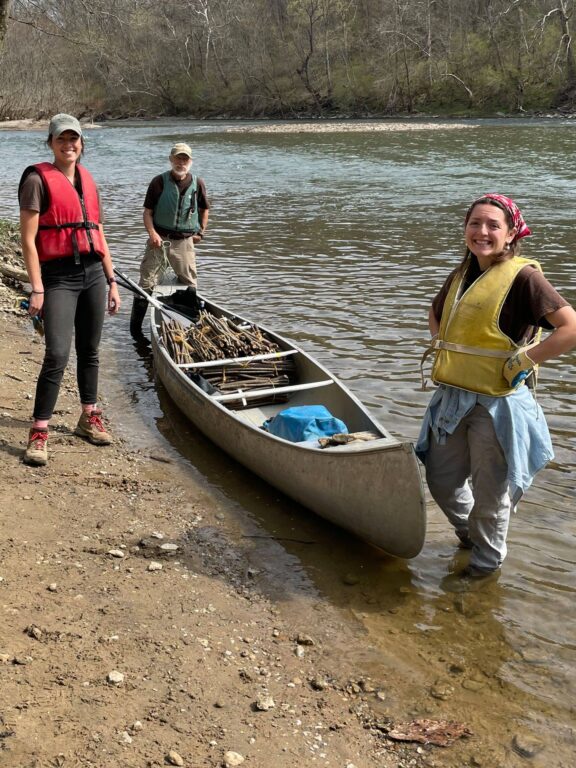 We have completed our major habitat restoration project installing 10,000 live stakes on Ohio River tributaries. On April 6, ORF staff planted the last 650 stakes along the lower Little Miami River, just upstream of Loveland. We’re so excited to see the impact these trees have as they grow!

This marks the completion of the largest habitat restoration project ever undertaken in Southwest Ohio. The project, made possible by a $50,000 grant from Coors Seltzer and its Change the Course partnership, restored six miles of riverbank along three Ohio River tributaries: The Little Miami River, Great Miami River and O’Bannon Creek.

“The Ohio River is a source of drinking water for more than 5 million people. But because of pollution from urban runoff, agriculture, sedimentation and industrial pollution, many sections of the Ohio River do not meet water quality standards,” said Rich Cogen, Ohio River Foundation’s executive director.

Plants along riverbanks improve water quality by keeping pollutants out of the water and by helping control erosion, thus reducing sedimentation. As they mature, these riparian plants also provide habitat for streamside birds and mammals and create shade that helps fish and other aquatic species thrive.

“Restoring the habitats along these tributaries will go a long way toward improving their health, and it will reduce the amount of pollution that makes its way into the Ohio River,” Cogen said.