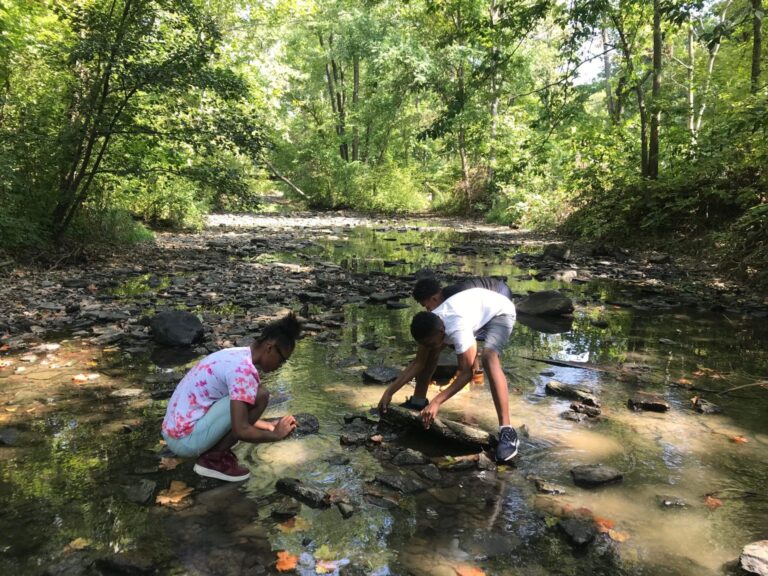 Purple warty backs? Pyramid pigtoes? Monkeyfaces? No, not fictitious creatures from a fantasy novel, just the very real—and important—river species coming to a classroom near you next school year as part of Ohio River Foundation’s Mussels in the Classroom program.

With successful programs dedicated to protecting and improving the water quality and ecology of the Ohio River and its entire watershed, Cincinnati-based nonprofit Ohio River Foundation (ORF) has opened registration for its popular hands-on educational programs for the 2022-23 school year. Along with improving academic STEM skills, the goal of these programs is to help kids—the next generation of environmental stewards, voters, and government leaders—foster a lifetime interest in protecting the environment in their communities and beyond.

May marked the end of another successful school year, so registration is officially open for 2022-23 and area educators are encouraged to apply. This year, more than 4,700 students were able to take part in ORF’s Mussels in the Classroom and River Explorer programs.

Through ORF’s Mussels in the Classroom program (MIC), students get the chance to play host to and learn about freshwater mussels and their importance to river ecosystems. ORF launched MIC, the only program of its kind, in 2017. Since then, nearly 7,000 students in the Greater Cincinnati, Greater Columbus and Greater Lexington areas have experienced the program.

The program kicks off with an in-person or virtual visit by an ORF educator, who describes the freshwater mussels’ unusual characteristics and significance to their ecosystems. While freshwater mussel species may have some interesting and humorous names, these small but mighty creatures have an important job to do. Although they clean water, acting as a natural filter for our waterways, most people know little about these important animals. Many species are threatened or endangered. Following the educator visit, mussels remain in the classroom for two weeks so students can care for and study them.

“We hope that participating students come away with not only a better understanding of complex aquatic ecosystems, but also an appreciation for these amazing animals,” said Rich Cogen, ORF’s executive director. “With increasing scientific interest in repopulating rivers with native mussels, it’s critical for the public to understand the important role they fill.”

MIC is open to grades K-12, and applications are accepted on a rolling basis on the program’s web page. Availability is Sept. 1 through Dec. 15 and Jan. 15 through June 1.

In addition to MIC, ORF offers its perennially popular River Explorer program in Greater Cincinnati and Columbus. The trips let students be junior scientists for a day as they learn about the ecology and importance of the Ohio River and its watershed at area creeks, streams, and rivers. Open to grades four through 12, River Explorer includes three hands-on stations:

2) Collecting and identifying macroinvertebrates; and

3) River chemistry (grades six through 12) or water use and the water cycle (grades four and five).

All but the youngest students also take part in habitat assessments as part of their day, and ORF educators touch on issues such as water pollution and environmental stewardship with all students.

So far more than 55,000 students have participated in Mussels in the Classroom and River Explorers.

Rounding out ORF school programs is an environmental literacy offering, courtesy of ORF team member, Russell the Mussel. He’s a freshwater mussel not unlike those that inhabit the creeks, streams, and rivers of the Ohio River watershed.

Russell himself is a character in a Virginia Tech/U.S. Fish & Wildlife Service children’s book that bears his name. ORF spearheaded efforts to resurrect the book, which was previously out of print. The nonprofit distributes copies as part of its Mussels in the Classroom program. It’s most appropriate for students on fourth through sixth grade reading levels or for teachers who wish to read the book to younger students.

“Adding the Russell the Mussel book as a leave-behind lets us share information about freshwater mussels in a new way that will benefit students who are reading/writing learners,” said Cogen. “Because the book will remain in the classroom after our program ends, it will also reinforce what we teach and serve as a continuous reminder about this critical species.”