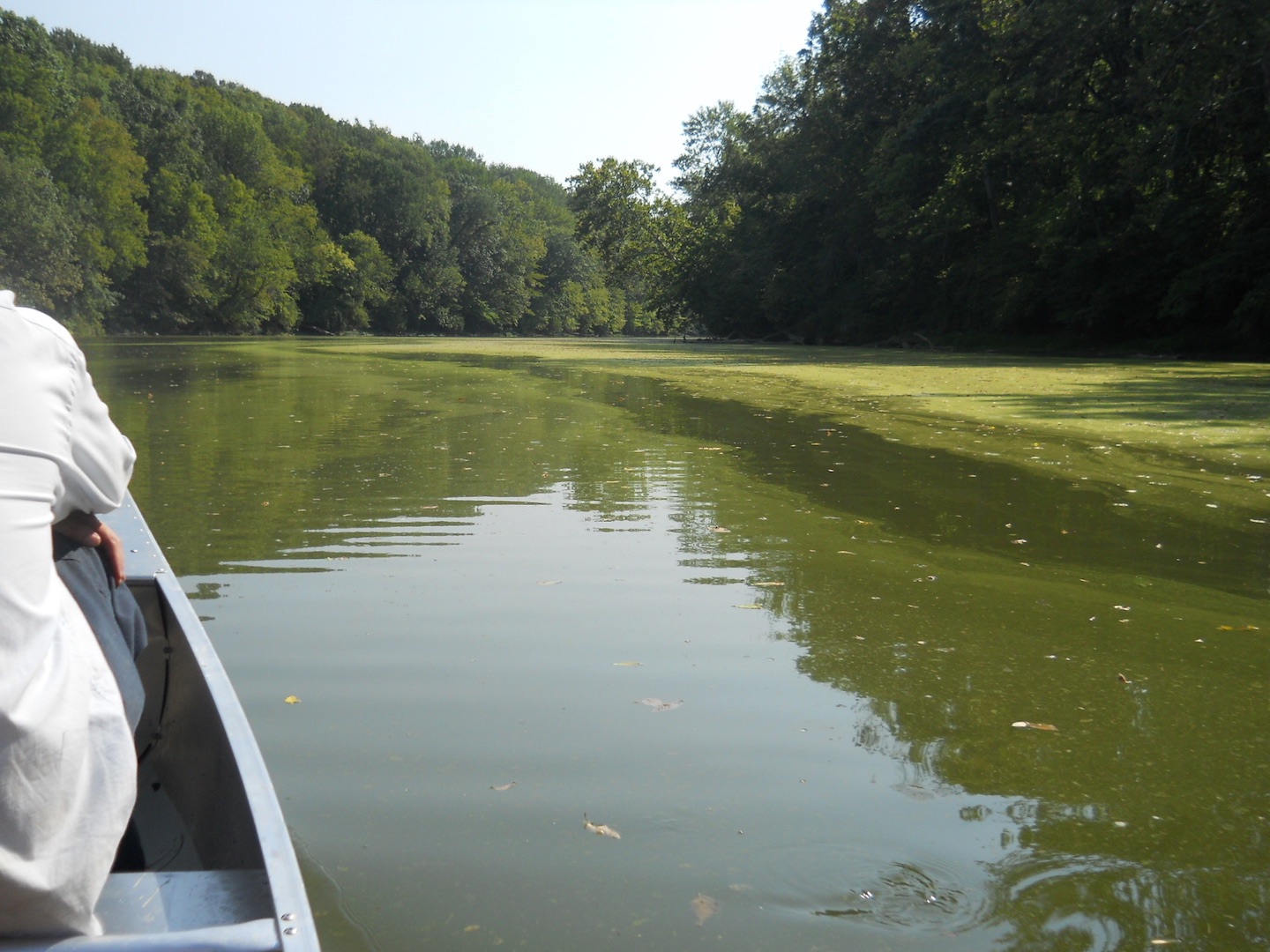 Like the long time problem in the Gulf of Mexico, nutrient pollution has also been a growing issue in the Ohio River watershed. On the large scale, nutrients transported down to the Gulf – in part contributed by the Ohio River – have resulted in a 6,000-square-mile “dead zone” that is largely devoid of marine life. (That’s the size of Connecticut!) On the smaller scale, algal blooms are popping up with greater regularity in our region’s rivers.

The key contributors to algal bloom growth are nutrients, specifically phosphorus and nitrogen. Major blooms have occurred in recent years on the Ohio River and smaller blooms on its tributaries. In some cases, these blooms are caused by toxic cyanobacteria that have endangered water supplies and aquatic life.

To reduce the occurrence of these algal blooms, the amount of nutrients discharged into rivers needs to be reduced. Greater efforts to control runoff from agricultural lands, a chief source of nutrients, is part of the solution. But runoff from suburban properties where fertilizers are used must also be reduced.

ORF is working with partners to increase pressure on regulators to better enforce the Clean Water Act to reduce nutrient pollution in the watershed. Most recently, in December 2020, ORF joined nine organizations in petitioning the U.S. EPA to promulgate a regulation that would set a Total Maximum Daily Load (TMDL) for the Ohio River.